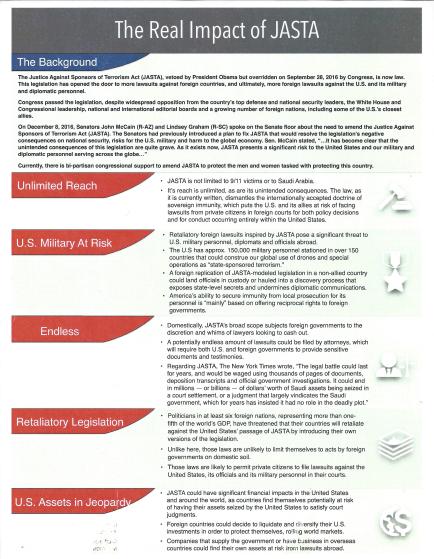 28Pages.org has uncovered a striking example of lobbyists’ selective disclosure of Saudi Arabia’s sponsorship of their work against a law that enables 9/11 victims to sue the kingdom for its alleged support of the al Qaeda hijackers.

Specifically, lobbyists used two versions of a flyer that criticized the Justice Against Sponsors of Terrorism Act (JASTA): An early version filed with the Department of Justice included a required disclosure of Saudi Arabia’s sponsorship; a version later presented to military veterans did not. END_OF_DOCUMENT_TOKEN_TO_BE_REPLACED