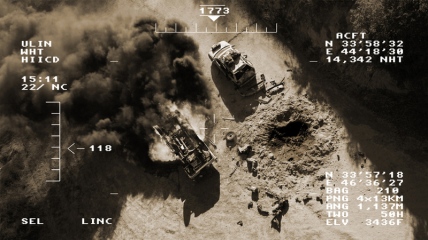 In July 2014, I launched 28Pages.org to serve as an information and activism hub for the movement to bring about the release of 28 classified pages describing links between the government of Saudi Arabia and the 9/11 hijackers.

In July 2016, thanks to the determination of 9/11 victims, current and former legislators and many of you, that goal was partially achieved: the 28 pages were declassified, albeit with redactions amounting to the equivalent of three pages of information.

The declassification revealed new links between the hijackers, their associates and Saudi officials. In doing so, it also spotlighted a dishonest and hypocritical dimension of the U.S. government’s pursuit of the global war on terror: The suppression of 28 pages of disturbing 9/11 investigative leads pointing toward supposed U.S. ally Saudi Arabia—at the same time the government was fabricating bogus links to Iraq to make the case for a war that only magnified the terror threat.

Since the 28 pages were partially declassified, I’ve been thinking about the future of 28Pages.org and have decided to expand its scrutiny of the war on terror well beyond Saudi Arabia and the September 11 attacks, and to support to new legislative efforts aimed at bringing reason, transparency and accountability to the war on terror.

We will, of course, continue to help expose Saudi links to the attacks and to preserve JASTA, the law passed in September enabling family members to sue the kingdom.

Though launched to achieve a specific goal—the declassification of 28 pages—my underlying motivation for 28Pages.org was a desire to expose false premises, hypocrisy, dishonesty, misconduct and incompetence in the war on terror, because these make all of us less safe and less free. That will continue to be the objective, but one that’s now pursued across a broader front.

This change is inspired by a simple principle: Given the enormous stakes for lives and liberties at home and abroad, no government claim or public opinion about the war on terror should be beyond questioning.

For many, this wider examination of fundamental assumptions will lead to uncomfortable realizations; some who’ve been greatly supportive of our work to date may be surprised to find some of their own cherished notions are now coming under fire in these pages. However, we’ll keep embracing the philosophy so many of you championed regarding the 28 pages: “Let the facts come out and let the chips fall where they may.”

Over these past two and half years, I’ve been deeply thankful to have thousands of concerned people from around the world follow 28Pages.org on social media and subscribe to our blog, and honored to serve as a resource to journalists in the United States and around the world. Moving forward, I promise to maintain the same devotion to hard facts and credible sources that made that possible.

Thank you so much for being a part of this quest for accountability and transparency in the war on terror.             —Brian P. McGlinchey, Founder & Director