In recent weeks, the director of the CIA and the co-chairmen and executive director of the 9/11 Commission have claimed that 28 redacted pages from a congressional inquiry into 9/11 contain “unvetted,” “uncorroborated” and “inaccurate” information.

There’s ample reason to doubt those characterizations and to question the motives of the individuals making them. However, a leading classification expert told 28Pages.org that, even if assumed true, those claims cannot be used to justify the continued secrecy of the 28 pages, which are said to describe specific indications of Saudi government support of the 9/11 hijackers.

“The 28 pages could be entirely false, malicious and nonsensical. That is not a basis for classification and that should not be an impediment to their declassification,” said Steven Aftergood, who directs the Federation of American Scientists’ Project on Government Secrecy. 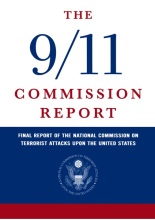 “The argument that it’s unvetted and inaccurate is obviously self-serving. It implies that other documents that are officially released are by definition accurate, which we know is not necessarily true, and in any case it’s not a basis for national security classification. If you examine the executive order governing the classification system, it does not say that information that is inaccurate or unvetted may be classified. Those words aren’t in there,” said Aftergood.

Release Could Be Accompanied by a Rebuttal

Whether claims about the reliability of the 28 pages are sound or not, Aftergood points to a simple way for such concerns to be addressed if and when the pages are published: “Whoever releases it could publish their own commentary or caveat or disavowal,” he says, and make the case as to why the information isn’t reliable.

Recent history offers an example of an intelligence community rebuttal to a controversial release of information: the CIA’s response to the Senate intelligence committee’s release of the executive summary of its investigation into the CIA’s torture and rendition program. “CIA issued its own dissenting remarks and they could do the same for the 28 pages if they were so inclined,” said Aftergood.

Meanwhile, former Senator Bob Graham, who co-chaired the inquiry that produced the 28 pages as part of a much larger report, has his own rebuttal to suggestions that they are a flimsy collection of unvetted, preliminary leads. “There’s been no questions raised about the professionalism and quality of the other 820 pages of that report and this chapter followed the same standards that they did,” said Graham.

Two Years of Declassification Review: “It Shouldn’t Take That Long”

President Obama tasked Director of National Intelligence James Clapper with reviewing the 28 pages for declassification in the summer of 2014; a spokesperson for the National Security Council declined a request from 28Pages.org to clarify on what day or even in which month that tasking took place.

The entire joint congressional intelligence inquiry that produced the 28 pages took a little over six months. That means the review of just 28 pages has now taken close to four times as long as an undertaking that entailed, among other things, reviewing nearly a half million pages of documents, conducting roughly 300 interviews, holding 13 closed-door sessions and nine public hearings and writing a report spanning more than 800 pages.

“It’s discouraging,” said Aftergood. “It shouldn’t take that long. It must have been on the back burner somewhere. It may be that the 60 Minutes story got it on the front burner again. Realistically, it could take months. It should not take years.”

RT if you think Americans & people around the world deserve to know why the 28 pages made @RepWalterJones say this pic.twitter.com/Sdo9yIqb9m