Trump publicly supported release of 28 pages on Saudi links to 9/11, but advisors shared inside info on killing of GOP platform plank

According to leaked emails obtained by Middle East Eye, an unnamed Republican Party figure orchestrated the defeat of a proposed 2016 GOP plank calling for the declassification of 28 pages on Saudi government links to the 9/11 plotters.

That individual then notified Trump presidential campaign manager Paul Manafort of the plank’s defeat and claimed credit for providing instructions to “our political team” to kill it. END_OF_DOCUMENT_TOKEN_TO_BE_REPLACED

A judge presiding over the trial of five Guantanamo detainees accused of orchestrating the 9/11 attacks has denied a defense motion seeking full access to 28 pages on Saudi government links to the attacks found in the 2002 report of a joint congressional intelligence inquiry.

Though the 28 pages were declassified in July 2016, the public version has 97 redactions amounting to about three cumulative pages of material. Defense attorneys wanted to see what’s still hidden from view. END_OF_DOCUMENT_TOKEN_TO_BE_REPLACED

In a Wednesday hearing at Guantanamo Bay, attorneys representing five men accused of orchestrating the 9/11 attacks argued in support of a motion requesting that Army Colonel James Pohl compel the government to share an unredacted version of the final chapter of the report of a 2002 congressional intelligence inquiry. END_OF_DOCUMENT_TOKEN_TO_BE_REPLACED

As reported earlier, the Saudi government’s enormous lobbying force has grown to include 14 firms as it works to pressure lawmakers into revising a new law that enables victims of the 9/11 attacks to sue the kingdom for its alleged role in aiding the hijackers. Yesterday, Daily Caller put a spotlight on one front in that far-reaching Saudi campaign: a series of op-ed pieces penned by military and national security veterans that use identical sentences to make their points. END_OF_DOCUMENT_TOKEN_TO_BE_REPLACED 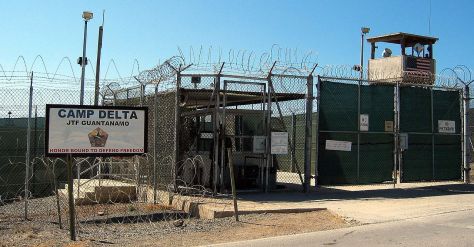 A Guantanamo Bay detainee has told U.S. officials that an unidentified member of the Saudi royal family was involved in a Saudi religious leader’s effort to recruit him for jihad in the United States, according to a recently-released transcript.

In a June 2016 discussion with the Periodic Review Board, which assesses the need for continued detention of Guantanamo prisoners, Ghassan Abdullah al-Sharbi described an incident that occurred in Saudi Arabia about six months before the 9/11 attacks. Al-Sharbi said that a “religious establishment figure” asked about his education, his aptitude for learning to fly aircraft and if he was interested in returning to the United States as a jihadist.

In the midst of the conversation, al-Sharbi says, the religious figure made two phone calls to someone he repeatedly addressed as “your highness” as he discussed al-Sharbi’s background and qualifications. Al-Sharbi chose not to return to the United States, and instead moved to Pakistan where he was captured in 2002. 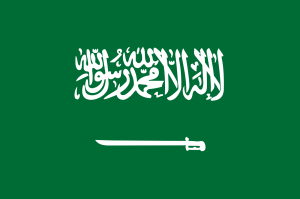 Speaking in broken English, Al-Sharbi shared his perspective on why some members of the Saudi royal family are inclined to support al-Qaeda and other terrorist organizations: “They do this why, because through that, they gain…I will say the popularity, but the legitimacy concerning the whole Islamic nation…they cannot rule us or rule Muslims or rule America…rule the whole Muslim, without doing this.”

His description of the royal family’s motives for supporting extremism closely echo statements from Zacarias Moussaoui, the so-called “20th hijacker” who is imprisoned at the federal “SuperMax” prison in Florence, Colorado.

“To give money to bin Laden could be used by the Saudi to say to the ulema (religious leaders), ‘Look, see, we are not against Islam or the jihad, we finance bin Laden,'” Moussaoui said when questioned in 2015 by attorneys for 9/11 victims.

Though al-Sharbi’s discussion with the Periodic Review Board was intended to give that body an opportunity to reconsider the need for his detention, he opted against going through all their questioning, indicating he was feeling too nauseous and exhausted to do so.

Pausing to use a manual breathing machine during the discussion, al-Sharbi expressed resignation about the prospect for his discharge: “I’m not even thinking of it, to be honest with you. I’m not even considering being released.” He attributed some of his indifference to what may await him in his native Saudi Arabia if he were to be returned there.

Referring to Saudi Arabia’s involvements in Iran, Syria and Yemen, al-Sharbi said, “They need a jihadist, but they want you to be a compliant terrorist…They want you to fight under their cloak, under the royal Saudi cloak, under the religious establishment cloak, and even if it comes, okay you wanna fight the Americans, but at our time, at our location…They poking their nose here and here and there and they’re recruiting more jihadists and…they’ll tell you, ‘Okay, go fight in Yemen. Go fight in Syria,’ and I will have no choice.'”

Al-Sharbi was in the news earlier this year when 28Pages.org was first to report on “Document 17,” a declassified file from the 9/11 Commission that, among other things, revealed that al-Sharbi’s U.S. pilot license was found buried in Pakistan inside an envelope from the Saudi embassy in Washington.

In his Periodic Review Board discussion, Al-Sharbi also questioned the priorities of the United States government: “If the oil of the royal Saudi family is more important than the simple American blood, that’s your issue. It’s not my issue.”